In March I did a contract with the Ontario Government to help spread awareness about their quit smoking initiatives. As a part of that deal, I took photos of my fitness writers at Toronto Guardian to promote healthy living.

During the day, I met with Kimberley Luu down at the ferry terminal on Queen’s Quay. It was incredibly windy and was blowing us over and making it very difficult to shoot. The wind howver made for some dramatic background waves on the lake. It also added more intensity into the look of Kim. 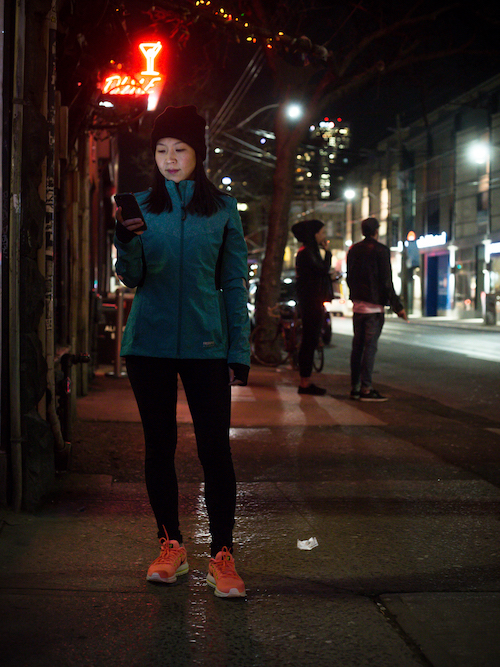 In the evening, I met with Kim’s sister Linda Luu. For this one we wanted to show to juxtaposition of someone smoking and someone coming off a run and checking their apps for their stats. We used the light of the phone to draw attention to her while patrons of a bar stand smoking in the background. 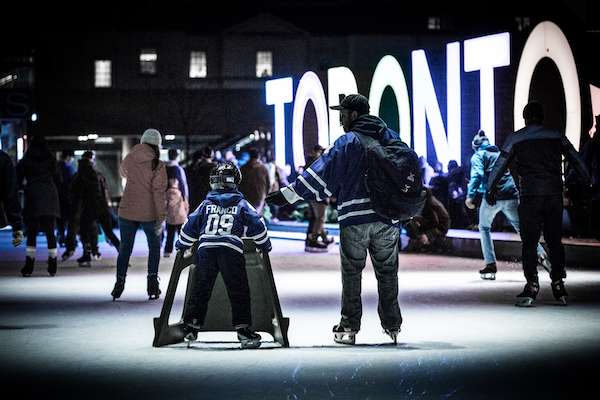 The 3rd photo I used was one of a father and son ice skating at Nathan Philips Square. This was to be an  “Imagine Yourself in A health long Life without smoking” type of thing. I captured a moment of a father helping his son learn to skate and it worked out well.

I recently did a fun Food Photography shoot with Chef Devan Rajkumar for Blue Goose Pure Foods at a kitchen in downtown Toronto. The client wanted photographs of Chef preparing and serving items as well as some styled photos of the finished product.

For the Toronto International Film Festival in Toronto, I was hired to take celebrity photos as the talent arrived and left my clients’ establishments. My client owns several buildings and restaurants that were hot spots during TIFF and they wanted to make sure they caught all the amazing people who graced their doorsteps.