I was excited to be hired on as the game photographer for the Toronto Wolfpack Rugby League team for their inaugural season. Home games are played at Lamport Stadium which will be called The Den for Wolfpack games. 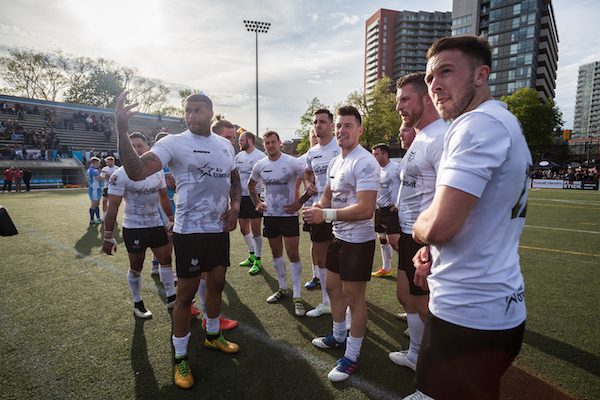 I have never worked in sports photography but have read a lot about it. It was exciting to learn something new and have now shot 3 games with a lot of success. 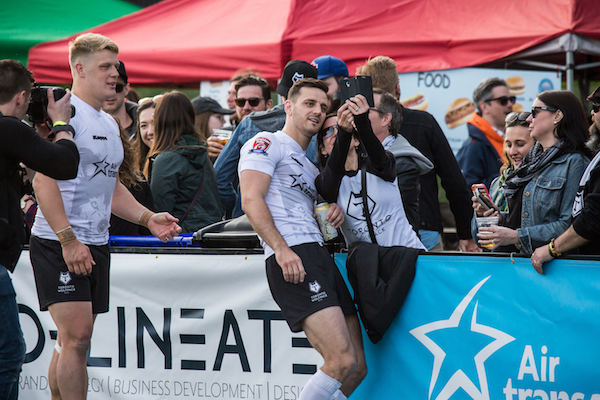 Captain Craig Hall poses for a photo with a fan.

On top of learning about the game of rugby and how to shoot it, I have been learning about the team and its players. They are a bunch of players from England, Australia, New Zealand and many other countries so it is interesting to see them in the downtown Toronto surroundings. They are always cracking joked and have been loving the warm welcome the team has received here.

The fans of the game have also been great. With multiple 6500+ attendance games and one 7100 game, it shows that Toronto is ready for a rugby team and that fans will support it.

For more info on the Toronto Wolfpack, visit their website.

I was asked to shoot a lifestyle campaign for Sidewalk Hustle founders Tristan Banning and Hawley Dunbar for Pearson Airport. We were picked up at their house in an airport limo and driven to the airport by one of their reps. After arriving at the airport, they brought us through security and let us shoot […]

I recently shot this cool dance studio rental space in the East End of the city. As a Toronto Interior Photographer, I see many spaces all with a unique charm to them. This one was totally hidden from the street and housed a couple different rooms that could be rented for private classes or practices.